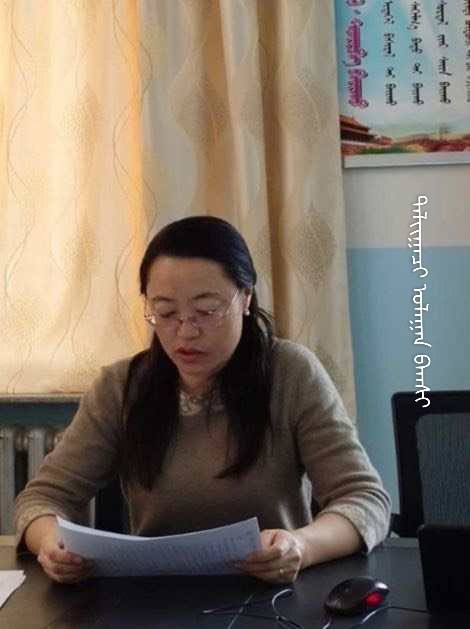 As the nationwide school boycott enters its third week in Chinese-occupied Southern Mongolia, the Chinese Government is turning the entire region into a police state. At least nine Mongolians have lost their lives, and thousands have been arrested in protest of China’s latest cultural genocide campaign carried out in the name of “second generation bilingual education.”

In a desperate move to bring Mongolian children to school, the Chinese authorities mobilized a vast army of police, SWAT teams, plainclothes officials, and interim social workers to terrorize the entire Mongolian populace.

Arbitrary arrest, extrajudicial detention, forced disappearance, and house arrest are so widespread that the Southern Mongolian Human Rights Information Center estimates at least 4,000 to 5,000 Mongolians have been placed under some form of police custody during the past three weeks. These individuals include prominent dissidents and their family members, writers, grassroots activists, herders leaders, recent protesters, and netizens.

“Massive student hunts are sweeping the region. Even in the remotest rural communities, police presence is so heavy,” a Mongolian parent said in an audio statement. “The entire Southern Mongolia is turned into a police state now.”

Another Mongolian parent stated via a short audio, “This reminds us of the large-scale genocide that we Southern Mongolians experienced in the late 1960s and early 1970s. This is nothing but the second round of ethnic-cleansing.”

Official documents in various formats flooded the region, issued by the Public Security authorities, party committees, educational bureaus, departments of discipline and inspection, courts, procuratorates and schools. The entire Mongolian population has been notified of the arrests and detention of disobedient individuals, removal from their positions, and termination of employment for those who refused to execute orders.

Among hundreds of warnings issued by multiple authorities, a public notice was jointly issued with red stamps by the Ar-Horchin Banner People’s Court, People’s Procuratorate, Public Security Bureau, Educational Bureau, and Justice Bureau, stating that “the government will place those parents and guardians under legal education training, and those who still refuse to send their children to school after the training will be given a fine with an amount ranging from 500 to 5000 Yuan and pursued for legal responsibilities.”

In the latest case, following news of the resignation of an increasing number of Mongolian officials, teachers, and even school principals, Ms. Ulaan, principal of the Ereen-hot Mongolian Elementary School, reportedly committed suicide at her home on the morning of September 13, 2020. Various sources confirmed that the 46-year-old principal was under tremendous pressure from school authorities and the government even after she resigned her position the previous week.

Another Mongolian parent commented on these tragic cases in an audio message: “This is a matter of dignity. When an undignified life is not worth living, brave ones take their lives to end their earthly suffering.”

Mr. Soyolt, teacher and poet from Shuluun-huh Banner committed suicide in protest of China’s new round of cultural genocide (SMRHIC – 2020-09-14)

Despite the state terror, Mongolian schools across Southern Mongolia have been unable to officially start classes. According to an Excel spreadsheet received by the SMHRIC, by September 11, only 18% of students were collected in the Zaruud Banner No. 2 Mongolian Middle School. Another similar report from the Uzumchin Right Banner shows that as of September 13, the attendance of Mongolian students is only 12.6%.

Video clips and other communications show that an increasing number of students who are confined to their schools have managed to escape the campus to join the school boycott. “These are some thirty to forty students from our middle school, running out of the school campus,” a Mongolian teacher reported while taping the students in red uniforms disappearing into the woods. “They said they don’t want to learn anything.” In another video clip, a roomful of emotional elementary school students from Zaruud Banner are crying in their classroom, refusing to participate in class.

Communications from parents and teachers confirm that the so-called “five no changes” is nothing but a piece of the official propaganda intended to justify the ongoing cultural genocide. According to the Chinese official press Inner Mongolia News, the “five no changes” are explained: “all curricula, textbooks, language of instruction, Mongolian and Korean literatures, and the existing bilingual education system will not change, except for literature, politics and history that will gradually be taught with the national common language textbooks.”

In an audio clip, a frustrated Mongolian mother questioned local educational bureau personnel who tried to persuade her to send her children back to school. “You have changed all of these five and are still saying nothing has changed. How can we trust this kind of government?”

Mr. Enghebatu Togochog, Director of the SMHRIC, stated, “Those documents issued by the authorities are intended to fool the Mongolians and mislead the international community. Unfortunately, a number of major news media around the world are quoting from those documents without having a proper fact-checking, giving the millions of readers and audiences a misimpression that the Mongolians are overreacting while China is only changing the language of instruction of three courses.”

Enghebatu added: “People who have some exposure to the Chinese official propaganda—especially those journalists who lived in China—should have not made the mistake of taking what the Chinese authorities say at the face value.”

The response of Chinese authorities to the ongoing massive resistance movement is not just a simple crackdown. A wholesale cultural genocide is being unfolded.

Reports confirm that the Mongolian language is completely banned in schools. Students are banned from speaking Mongolian during any school activities. “Those students who were forcefully taken to school are now banned from speaking in Mongolian,” a parent from western Southern Mongolia’s Otog Banner said in an audio message. “We Mongolians must be alerted [to] the seriousness and magnitude of this move.”

Witnesses stated that Mongolian books have been taken off the shelves. Some stationary stores have been ordered to remove everything with Mongolian letters on them, according to video footage.

A young Mongolian man stated in a short video clip that printing services in his area of Tongliao Municipality are refusing to serve Mongolian customers. In a similar complaint, printing and photo-copying services for Mongolian language written materials are no longer available in the regional capital Hohhot. Anything with Mongolian characteristics seem to be targeted by the authorities. A small Mongolian yurt-style structure was removed by bulldozer on the streets somewhere in Southern Mongolia, as revealed in a short video.

“No question, this is a cultural genocide,” Enghebatu said in a written statement. “China is not hesitating to carry out the genocide, one after another, in front of the eyes of the world. But the world is hesitant to call it ‘genocide.’ Unfortunately, the number of recognized genocides is only a fraction of that of the committed genocides in our world. What kind of helpless and hopeless world we are living in!”